All About Panic Disorder: Part Two 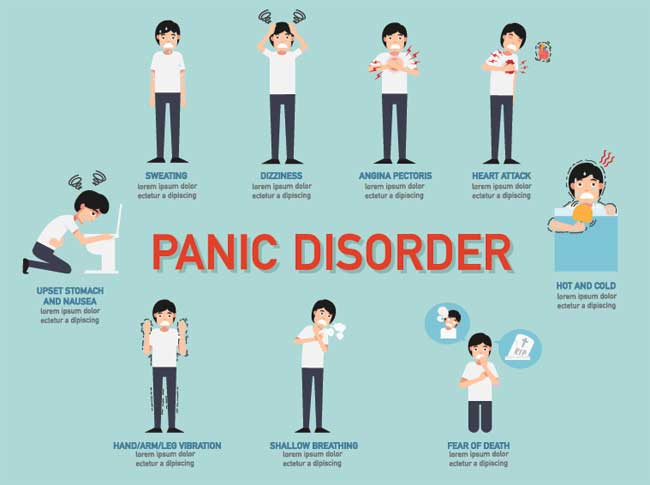 Many patients often ask “why do I have panic attacks?” While the answer to this question is still unclear, the following are some theories:

Factors that Worsen Panic Attacks and Cause Panic Disorder

Those who are anxious are more likely to experience a panic attack. This is because when you are psychologically aroused and your body is physiologically heightened, your body activates the stress response (i.e., fight/flight/freeze response), which secretes stress hormones that are released to parts of the body so your body is able to deal with danger.  The more stressed, concerned, or worried you are, the stronger the stress response and similarly, the more likely a dramatic reaction in your body, which brings about physical symptoms of a panic attack.

Those who are engaged in ongoing significant worry, and whose bodies are more consistently in a heightened state, are more likely to experience panic attacks.

This ultimately will reinforce the fear of having an attack, and continue to make panic attacks much worse and much more feared.

Instead of reacting to physical symptoms, and experiencing thoughts, such as “I’m losing control,” or “I can’t handle this,” responding to panic attacks with calm and clarity is very important and effective at reducing their intensity.

How This Leads to Panic Disorder

Individuals who experience panic disorder are those who have experienced at least four panic attacks in a four week period. They also worry about having another panic attack, and engage in avoidance or make behavioral changes to avoid places where they have previously had a panic attack.

Dr. Barbash is an anxiety disorder specialist who is trained and experienced in working with panic disorder.  If you are struggling with intense anxiety or panic attacks, give us a call.  At Tampa Therapy, we are committed to providing a relaxing, healing, and non-judgmental environment to support you on your journey.  If you want things to be different, you have to change them.  Give us a call or email us today to start the process of making important changes in your life.