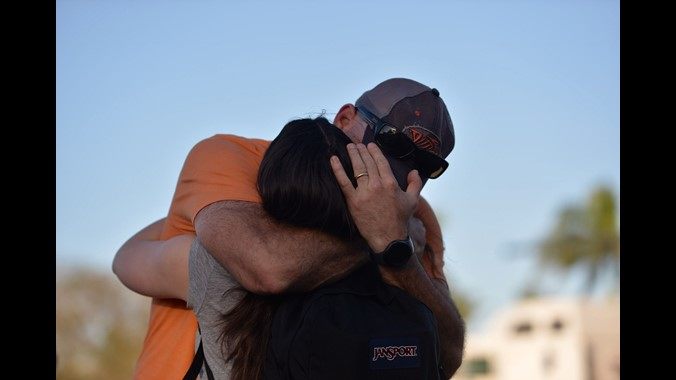 Trauma is a deeply disturbing event or experience that infringes upon an individual’s sense of control and may reduce their capacity to integrate the situation or circumstances into their current reality. When most people think about trauma, they tend to think about those who have been exposed to war, combat, natural disasters, physical or sexual abuse, terrorism, and catastrophic accidents.  These are some of the most profound, and some may argue the most debilitating, experiences one can endure.  However, a person does not have to undergo an overtly distressing event for it to affect them. An accumulation of smaller “everyday” or less pronounced events can still be traumatic, but in the small ‘t’ form.

How a situation impacts a person is largely dependent on predisposing factors, such as the individual’s past experiences, beliefs, perceptions, expectations, level of distress tolerance, values, and morals.  For example, not all military service members who have engaged in combat are diagnosed with PTSD or develop post-trauma symptoms.  The difference between developing trauma-reaction symptoms or not is for a multitude of reasons, some of which include the predisposing factors described above, in addition to the individual’s ability to process through their experience without the presence of significant avoidance.

It is worth noting that developing post-trauma symptoms is by no means an indication of psychological weakness or congenital deficiency. In fact, these difficulties typically develop due to the individual engaging in avoidance behaviors.  Such behaviors are engaged to conceal distress with the belief that not addressing what has happened will free the individual of their emotional pain. Avoidance is also engaged so as not to reveal any “weaknesses” or difficulty to others. By most standards, these individuals would likely be referred to as “strong-minded” or “tough”;  their ability to experience such hardships and rise above them would be deemed honorable.  While the individual’s efforts are intentional with the hope of reducing their psychological distress and not creating concern on the part of others, the literature has made clear that avoidance is the most significant developing and maintaining factor for trauma responses. So “tough,” perhaps yes, but effective, no.

The DSM-5 defines a PTSD trauma as any situation where one’s life or bodily integrity is threatened; these are typically large ‘T’ traumas.  While small ‘t’ traumas for the most part would not lead to the development of pure PTSD symptoms, it is possible that a person can develop some trauma response symptoms.  In other words, the person may experience increased distress and decreased quality of life.

Small ‘t’ traumas are events that exceed our capacity to cope and cause a disruption in emotional functioning.  These distressing events are not inherently life or bodily-integrity threatening, but perhaps better described as ego-threatening due to the individual left feeling notable helplessness.  Some examples of small ‘t’ traumas include:

Small ‘t’ traumas tend to be overlooked by the individual who has experienced the difficulty.  This is sometimes due to the tendency to rationalize the experience as common and therefore cognitively shame oneself for any reaction that could be construed as an over-reaction or being “dramatic.”  This reaction is a form of avoidance, albeit a much less pronounced form. Other times, the individual does not recognize just how disturbed they are by the event or situation. Perhaps surprisingly, sometimes these events are also overlooked or dismissed by a therapist.  This usually does not happen due to the therapist lacking empathy, but rather it occurs due to a lack of understanding about the importance of these experiences on a person’s mood functioning.

A large-T trauma is distinguished as an extraordinary and significant event that leaves the individual feeling powerless and possessing little control in their environment.  Such events could take form as a natural disaster, terrorist attack, sexual assault, combat/war zone, car or plane accident, etc.  Helplessness is also a key factor of large ‘T’ traumas, and expectedly the extent of experienced helplessness is far beyond that of a small ‘t’ trauma.  Large ‘T’ traumas are more readily identified by the experiencer, as well as those who have any familiarity with their plight.

Avoidance takes a much different form with large ‘T’ traumas.  The individual tends to more overtly and decisively engage in actions that are classified as avoidance.  They may deliberately avoid phone calls from investigators, bury their military uniform and memorabilia in the attic, or avoid crowded places.  Their attempts to minimize distress and reduce reminders of the traumatic event are time and energy-consuming, as opposed to the more passive avoidance that occurs with small ‘t’ traumas.  One large ‘T’ trauma is often enough to cause severe distress and interfere with an individual’s daily functioning, and this effect is intensified the longer avoidance behaviors endure and treatment is circumvented.

If you have endured multiple small ‘t’ traumas or even one large ‘T’ trauma and are aware of its impact on your life, there is good news.  You don’t have to suffer in silence and there are treatments that can help.  Trauma-focused therapy typically includes evidence-based treatments such as prolonged-exposure and cognitive-processing therapy, as well as EMDR.  These are effective (and research-based) treatments that can reduce, if not eliminate, trauma-symptoms and PTSD.  They are facilitated with the goal of decreasing trauma symptoms, and therefore distress, while simultaneously increasing the individual’s quality of life.  Each treatment is quite different, and includes strategies from recalling and fading the memory of the trauma to addressing and reprocessing memories, thoughts, and beliefs.

It must be stated that there is no quick fix and there are no “cures” for trauma.  Some individuals are successful in eradicating the impact of the traumatic memory on their lives, while others report significant improvement in their quality of life. Regardless, one thing is for sure: when trauma is on the table, avoidance does not work.  Rather, “the best way out is always through.”