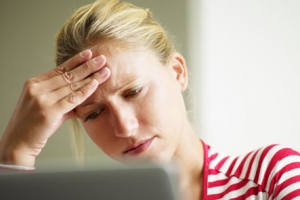 Anxiety is one of the most common mental health concerns.  Anxiety disorders include Social Anxiety, Panic Disorder, Specific Phobias, Agoraphobia, Generalized Anxiety, and Separation Anxiety. Almost one-third of adults will have experienced an anxiety disorder at some point in their lifetime. Anxiety can interfere with a person’s ability to do the things they most want in life, whether it’s making more friends, dating, becoming more active, being independent, or simply living a life free of constant worry.

Without treatment, anxiety disorders can last many years and even a lifetime.  Thankfully, however, a lifetime of struggling with anxiety is not necessary.  This class of disorders has some of the most effective psychological treatments available.  Exposure-based Cognitive Behavioral Therapy has consistently shown to be the gold standard in treatments for anxiety disorders in general, often just as effective as treatment with psychiatric medications alone.

People with Generalized Anxiety Disorder feel persistently worried or anxious about a variety of events or activities in their daily lives, and have difficulty controlling or stopping worry. They may worry greatly about small things (e.g., being on time or running errands), work or school, money, their relationships with others, their own health or the health of others, and/or things going on in the world around them. People with GAD may describe themselves as “worry warts” and likely have often had others tell them that they worry too much.

In addition to feeling worried often, people with GAD can experience symptoms such as restlessness, feeling on edge or keyed up, being easily tired, difficulty concentrating, irritability, muscle tension, and sleep difficulties.

The core symptom of panic disorder is the panic attack, an overwhelming combination of physical and psychological distress.  Because symptoms of Panic Disorder are so severe, many people with Panic Disorder believe they are having a heart attack or another life-threatening disorder.

During an attack several of these symptoms occur in combination:

Specific Phobia is when a person experiences intense fear as a reaction to an object or situation. Common specific phobias include fear of blood or needles, fear of enclosed places, and fear of flying, though fear of spiders, fear of snakes, and fear of heights are the most common specific phobias. While many people report being very afraid of certain situations or things, they may not be bothered by their fear or it may not stop them from doing things because they may not be faced with the feared situation or object. For example, a man who lives in New York City and fears snakes may not be very concerned and his fear likely does not get in the way of him doing things he needs and wants to do. In such a case, the fear would not necessarily be considered a Specific Phobia and he probably would not have a need for treatment.  The key component is whether the fear causes interruptions in one’s life, such as avoiding specific places, situations, or objects.

Why Turn to Tampa Therapy for Your Anxiety Treatment

If you’re in search of a therapist in Tampa that can assist with Anxiety Therapy, our team at Tampa Therapy has advanced training in anxiety treatment. We will work with you to identify your specific concerns and problem areas, and collaboratively develop a treatment plan that best fits your needs.