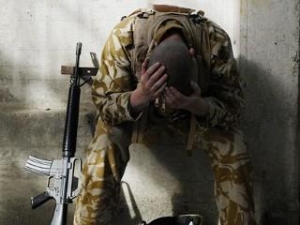 Cognitive Processing Therapy (CPT) is a 12-session trauma focused treatment that has been researched for over two decades and has been shown to be highly effective for treating Posttraumatic Stress Disorder (PTSD) and other related symptoms (Chard, 2005; Monson et al., 2006; Resick et al., 2002, 2008; Resick & Schnicke, 1992, 1993) in a relatively short period of time.

CPT was developed in 1993 and adapted from cognitive-behavioral therapy to originally focus on the treatment of individuals who had experienced rape and or crime.  CPT implements Beck’s basic cognitive techniques including cognitive restructuring to challenge maladaptive thinking, however begins first with exploring the traumatic memory to understand thoughts, beliefs, and feelings that directly resulted from the traumatic event.  Dr. Barbash then helps the client examine the trauma’s impact on their belief system and how much the person has over-generalized from the traumatic event to their beliefs about themselves, others, and the world.  Clients are taught to challenge their beliefs and thoughts through a Socratic therapy method (which helps the individual to understand their reasoning process and beliefs through questions), and then modify extreme beliefs to bring the belief system into balance, which ultimately impacts one’s quality of life.  The therapy progresses systematically through common cognitive areas that are disrupted by trauma: safety, trust, control, esteem, and intimacy.  Dr. Barbash helps the client to challenge their thoughts and beliefs, while simultaneously teaching skills for independent thought-challenging and restructuring.

Dr. Barbash has extensive experience providing CPT to Veterans during her tenure at the VA.  Her experience and clinical research have provided compelling results for this evidence-based treatment, specifically in the treatment of military-related PTSD, where Monson et al. (2006) found that 40% of study participants had complete remission of PTSD symptoms following completion of CPT treatment.  Chard (2005) found that CPT was highly effective for survivors of childhood sexual abuse, where 93% of study participants who received CPT no longer met criteria for PTSD at the conclusion of treatment, and that gains were consistent at three-month and one-year follow-up.  CPT is recommended at the highest level under the Veterans’ Health Administration Clinical Practice Guidelines for the treatment of trauma and PTSD.  Numerous research studies have been conducted on the effectiveness of CPT treatment and Dr. Barbash is one of very few clinicians in Tampa who has been carefully and properly trained, supervised, and is experienced in the administration of this treatment.